VISIT PORTLAND: THE HOME OF BEER, BIKES AND BOOKS

Portland and I fell in love within ten minutes of our first meeting. It was cosmic, like the stars had aligned. As Kate and I meandered down the city streets (in the wrong direction, mind you, but that’s another story) pulling our carry-on behind us, I had to get my camera out immediately and start capturing. I loved the juxtaposition of old and modern architecture.

The beautiful buildings with perfectly manicured lawns next to the food trucks. The unbelievable cleanliness of the downtown core that we imagined the city hired fairies to keep it in this state. Here is a guide for when you visit Portland: from the food, drinks, suburbs and scenery.

WHERE TO EAT IN PORTLAND

Portland is well known for its food trucks. And as it should be: they are EVERYWHERE. There seemed to be a lot of similar trucks in each area (Mediterranean, Asian and Mexican) but they must all have regulars and make enough money to continue operating. Unfortunately we were there over Easter so a few were closed during the break, but we did try one of the Mediterranean trucks a couple of blocks south of Voodoo Doughnut. I had the lamb kofta sandwich—which was really a wrap—and it was delicious. Good pricing too at $6. This is definitely the way to go, on that night or weekend you want something cheap and quick.

The other places we tried include Thai Peacock, which is in the Pearl District near Powell’s City of Books. The Bagel Bistro had cheap breakfast options. We continually walked past the Red Star Tavern downtown so dined there one night too. When I think of the word tavern, I think cheap, pub food. But this is a classy joint. A bit more on the pricier side, so only dare to enter if willing to splurge.

Schmizza (yep, that’s the name) is near the State University so has happy hour deals from 2pm. I had this massive chicken parmigiano sandwich for $6.50, with potato crisps. Kate had to have a Corona as she had never seen it at $3.25 per bottle before. Lastly, check out the Thirsty Lion, which is popular amongst locals and has good priced meals and drinks. This is where we watched Portland in the NBA Playoffs.

You also NEED to try a Voodoo Doughnut when you visit Portland. A local institution that is open 24/7, these guys have made their money from not shying away from the weirdest donut creations you have ever imagined. Think froot loops, chilli, maple bacon, coconut, M&Ms and vegan. There is a donut for all. We went with the Voodoo Dozen, where they choose 13 for you for $13. For more sweet options, check out my guide to Portland’s best desserts.

WHERE TO DRINK IN PORTLAND

Oh, where to drink, where to drink? Portland, or Beervana as the postcards say (I sent one to my mum and dad) literally has an endless array of drinking establishments for whatever is your pleasure. There are the breweries: Rock Bottom Brewery downtown had a great saison that was perfect for a Sunday afternoon sitting on their patio.

Then there is the Thirsty Lion Pub again, where I had a crisp and slightly sweet pear cider pint. Cascade Brewing specialises in sour beer (which I never even knew was a thing) but they were fantastic. They are aged for between six to twelve months and come in many varieties. These include grape, ginger and lime, raspberry, chocolate and blueberry. They were a bit less hoppy and more fruity in my opinion, which suited me perfectly. It is $2-$3 a taster and about $5 a glass. At that price your wallet won’t shed a tear when you take it out to pay the bill.

WHERE TO SHOP IN PORTLAND

If I lived in Portland, I probably wouldn’t save much money. This is because if I wasn’t spending it on food and beer, I would go shopping. Oregon is home to tax-free shopping, which made this budget shopper do a little dance. Pioneer Place downtown has the major stores like H&M, Forever 21, Macy’s and Nordstrom. Or you can get the train across the bridge to the Lloyd Center, which is the city’s mall and has the usual suspects. Hawthorne Boulevard is vintage shopping heaven where you can buy wares to fit in with the local hipsters a.k.a half the population.

THINGS TO DO IN PORTLAND

Although the downtown area is great to walk in, you need to get out to see the other sides when you visit Portland. Head north into the Pearl District and visit my heaven, Powell’s City of Books. If I lived in Portland this would be where you would find me. Powell’s is the world’s biggest new and used bookstore. I loved the gift section, the travel area and the fact the books weren’t overpriced.

Because it offered new and used reads I was able to pick up five used novels for under $35, which is a bargain for this bookworm. But you don’t have to buy anything. Just browse, find new titles to download onto your Kindle, or pick up a cute postcard to send home. Just be swept away by the power of Powell’s.

DISCOVER 11 OTHER GREAT SOLO TRAVEL DESTINATIONS IN THE UNITED STATES

If you are in town on the weekend, head over to the Old Town and visit Portland Saturday Market. It is in two different sections and has many food options, clothing stalls, beautiful local painters and jewellery on display. It is also open Saturday and Sunday. Yes, I know, the name. From there you can go for a walk along the river to the Tom McCall Waterfront Park. Or go one better and have a picnic. Just don’t get run over in America’s Bike Capital.

I may have gotten our party lost in Northeast Portland trying to get to Hawthorne Boulevard, but what we found was N Williams Avenue (between NE Skidmore & NE Fremont). This was such a cute area of town, complete with amazing murals, bars, a double decker dress shop, and delicious ice-cream from What’s the Scoop?. Get a sample plate for $7 and devour.

DO A DAY TOUR

I would also recommend getting out into nature. We did a half day tour, which took us to a fish hatchery, three different waterfalls in the Columbia River Gorge, and to Vista House. But if you have a car, I would recommend taking off by yourself and go exploring. We were there on Easter Sunday and it seemed all of Oregon was too. There were cars everywhere with people hiking up the different trails or having lunch beside Multnomah Falls. It is worth it though. The waterfalls and greenery is beautiful; very Pacific Northwest.

You can go local and bike, walk, or take one of the three methods of public transit. These are the streetcar, the train or the buses. We did a lot of walking and took transit in-between. It is only $5 for a day pass which allows you to ride on any of the above three methods all day. A total bargain seeing as it is double the price in Vancouver. For such a small fare you can explore all of Portland. That’s a winner.

WHERE TO STAY IN PORTLAND

Twice I’ve stayed at the HI Portland Northwest hostel. It’s located just on the city outskirts, but was recently renovated. It’s clean, modern and you can easily walk everywhere.

Portland stole my heart and made me feel at home. So if you are deciding where to go in the United States, please visit Portland for me.

• Why I love the city

• Where to find the best desserts

VISIT MY RESOURCES PAGE FOR ALL OF MY FAVOURITE TRAVEL PLANNING WEBSITES. IF YOU’RE LOOKING FOR A BUDGET ACCOMMODATION OPTION, I HIGHLY RECOMMEND HI PORTLAND NW HOSTEL.

1 Comment
Previous MY HOLLYWOOD EXPERIENCE
Next MY BUDGET TRAVEL GUIDE TO SEATTLE, WASHINGTON 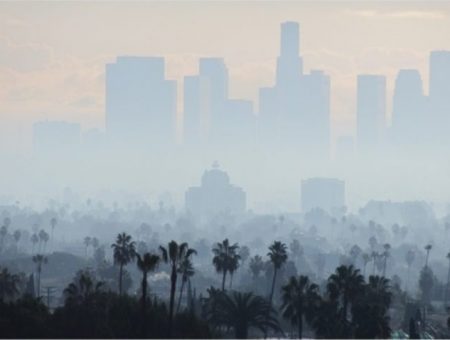 WHERE TO STAY IN WEST HOLLYWOOD, CALIFORNIA 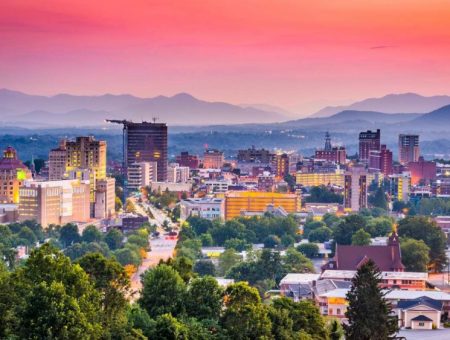 WHERE TO STAY IN ASHEVILLE

WHERE TO STAY IN NEW YORK CITY 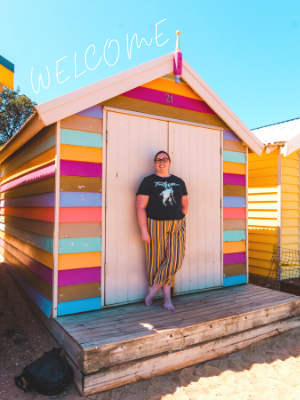 Hello 👋🏻. I'm Hayley, an Australian freelance writer and travel blogger. Welcome to my blog, where you will find plenty of solo travel advice and expert travel tips. Having visited over 40 countries, I hope to inspire you to take the leap and travel this incredible world we live in. read more

Another day, another beach scene 🌊. But I decid

Oh look, another Maggie photo 💁‍♀️. But a

© 2020 Hayley on Holiday. All rights reserved.
Another day, another beach scene 🌊. But I decid

Oh look, another Maggie photo 💁‍♀️. But a